Episode 1 features music from Rag "N" Bone Man, Sia, The Weeknd, Amy Shark and Ed Sheeran. We all know there has been a lot of great music that continues to be made since UPOP left Satellite Radio and it's so much easier for us to purchase or stream great music now that labels have one global release date. (Something Scott Weimer, Zach Overking and I had been lobbying labels for since 2001!) Each Week I'm going to share some of the global tracks and artists that come onto my radar.  Some of them you may know, some you may discover and some of the tracks that I plan to share hopefully will come from your suggestions. I always appreciated and shared your songs and artist suggestions on UPOP.  So let me know what you have found and I'll share it with a few thousand of our closest friends.

For the first episode, gonna share some of the tracks from 2016 that you may or may not know and some cool new stuff too. 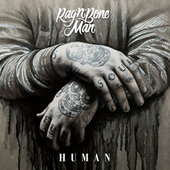 Back in July, Rag n' Bon Man (official link here) released Human. Born in the U.K., Rory Graham took on the name Rag 'N' Bone as the MC for his original drum and bass band in Uckfield, East Sussex, England after watching repeats of the 70s British sitcom Steptoe and Son. Human hit #1 in Austria, Germany, Belgium and Switzerland and has been certified Gold in Germany, Italy, Sweden, Switzerland, Austria, Belgium and the Netherlands. Very little terrestrial radio play in America. In March 2017 by his debut album will be released. 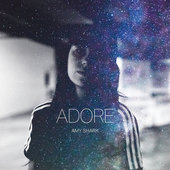 You are going to like New Zealand’s Amy Shark. (official link here) Her latest single is “Adore.” In 2016 Amy won her first Queensland Music Award, taking the Best Pop Song for her song 'Golden Fleece'.

Ed Sheeran
"Castles on the Hill" 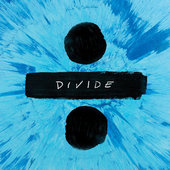 Ed Sheeran, from Halifax, Yorkshire released the single "Castle On The Hill" on January 13. The single debuted at number two on the UK Singles Chart, selling over 193,000 copies in its first week. 1/13-1/20. Sheeran also debuted at number one with "Shape Of You", making him the only artist in UK chart history to debut in the top two positions."Castle On The Hill" also debuted at No. 1 on the Scottish Singles Chart behind "Shape Of You". The theme of the single surrounds Sheeran's home town of Framlingham, and he reminisces tales of 'smoking hand-rolled cigarettes' and getting 'drunk with friends' at this place. The castle mentioned in the song is Framlingham Castle, and in January 2017, Sheeran was invited to perform at the Castle.  Ed's new album "Divide" (here) will be released in March. 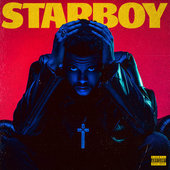 “The Weeknd (official site here) born; Abel Makkonen Tesfaye is the only child of Makkonen and Samra Tesfaye, who were Ethiopian migrants to Canada in the 1980s.  "Starboy" was recorded by the Canadian singer for his third studio album of the same name. It features French electronic duo Daft Punk and was written by the trio and produced by Daft Punk and co-produced by The Weeknd. Daft Punk was a staple artists on UPOP.  "Starboy" topped the charts in countries such as Canada, France, Netherlands, New Zealand and Sweden. 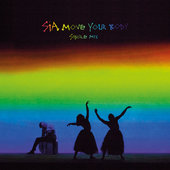 "Move Your Body" is the fourth single from Australia's Sia seventh studio album “This is Acting.” “Move Your Body" was originally intended for Shakira, but was rejected.
Newer Post Older Post Home

Tweets from @tedkelly/universal-pop-music
Ted Kelly is a global air personality, digital media pioneer and American broadcast veteran. His resume includes Exec Management for CBS Radio Networks, Westwood One & Intervox. As the first American broadcaster invited by the British Phonographic Institute to become a voting member of Brit Awards Voting Academy, Ted is credited for debuting and promoting some of the world's hottest stars to American radio on XM as program director for UPOP 29 on XM, WorldSpace, DirecTV and AOL. Ted has spent the last 10 years creating global event, promotion & programming benchmarks for U.S.& global satellite radio. Ted now shares his new music updates, artist interviews and pop news and political commentaries as Senior Editor of AND Magazine and through podcasts available here and on iTunes worldwide.